Sean McDermott: I’m not going to get into staff right now 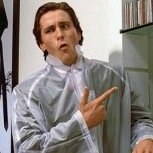 I was concerned, but I feel a lot better now that McDermott has assured us that they will learn from this. Whew, for a minute there I thought we'd keep making the same mistakes every year.

Okay.  There is less than 1 Giga million % chance Terry Pegula would even consider firing McDermott.  There is a greater chance Terry wins the French Open in Men's Tennis.