By LiterateStylish,
November 18 in Politics Forum 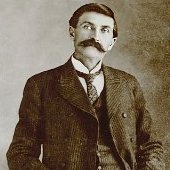 If you were a little brighter you might just get into the visible light spectrum.  You came from nothing and apparently you brought it with you.  I don't have the crayons, nor do I want to waste my ti

That video was taken before Elon took over. That’s their work day. Drink mocha. Have a meeting. Get a chef prepared lunch. Have a meeting. Relax and play foosball. Drink red wine. No wonder

Oh, so a dream land. Jokes aside, this was every hippies dream in the 70’s. The problem was, and still is, what’s the motivation. Whats the motivation of the doctor to see you, the educ