The conundrum: If Hipkat we’re to return as Mod wouldn’t he have to ban himself and his racist buddies? I am sure making multiple racist statements is far worse than a couple extra threads.

By TonyasTaters,
October 20, 2022 in Politics Forum

My vote would be for both Spiked and VWR to be mods. They would rule the Range like Charles Xavier and Magneto. 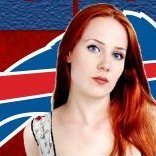 It's a little perplexing that in a forum where anything goes and one is free to speak their mind, a moderator has his privileges taken away for speaking his mind.  One also has to wonder why Lit would

If HipKat returned as a mod the first thing he'd do is send all of your threads to SPAM.