Take a bat and kneecap Kelce. 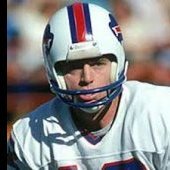 Have Frazier and McDumbass watch the 13 fucking seconds video 13,000 fucking times and maybe just maybe they'll learn from their mistakes.

Force him to read Mixum and Sean's posts the next few days as well as the politics forum? It would render him insane