Show everyone what you look like - A photo thread

By LiterateStylish,
July 15 in Politics Forum 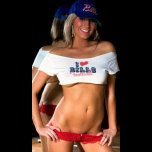 Hanging out with my peeps. Trust me, you don’t want any trouble from these hoodlums

Why don’t we also post our birthdates, pets name, mothers maiden name, and street we grew up in.