As per usual on this board I feel the need to state the obvious. Continuity and multiple young players stepping up would have improved the offense even without Diggs.  I think it's safe to assume

With Stefon added is awesome..I flippin love it....i cant believe the rare few that are bitchin about it..like really?? We been complaining so long about some WR help and lo and behold we get one of t 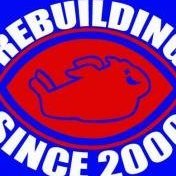 Neither Allen nor Daboll has any excuses left.   It's put up or shut time.